CFD Analysis of the LimoConnect Fuselage

Preliminary Studies on the LimoConnect's Fuselage

Shape of the Fuselage

Limosa, AKA Godwit, having the longest non-stop flight record, is the inspiration of the LimoConnect design. Therefore, engineers in Limosa Inc. modelled the shape of his body as the fuselage of our eVTOL. The Limosa bird and LimoConnect's fuselage are shown below. 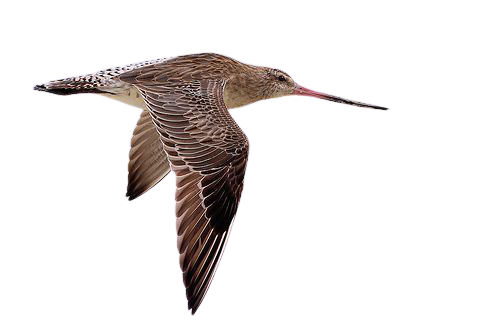 Mesh resolution requirements are investigated for the modelled fuselage. The resulting flow is simulated via Reynolds-Averaged Navier-Stokes (RANS) analysis, based on the Shear Stress Transport (SST) turbulence model. The flow Mach number is \(0.26\), the free-stream Reynolds number is \(1.172 \times 10^7\), and the angle of attack is zero degrees. In this study, lift and drag coefficients are the variables of interest, and we desire to have a converged solution for these coefficients. The coarsest grid consists of a million elements, while the finest has just over \(12\) million elements. As the grid gets finer, the value of \(y^+\) decreases accordingly. The plots of lift and drag coefficients convergence is shown below. 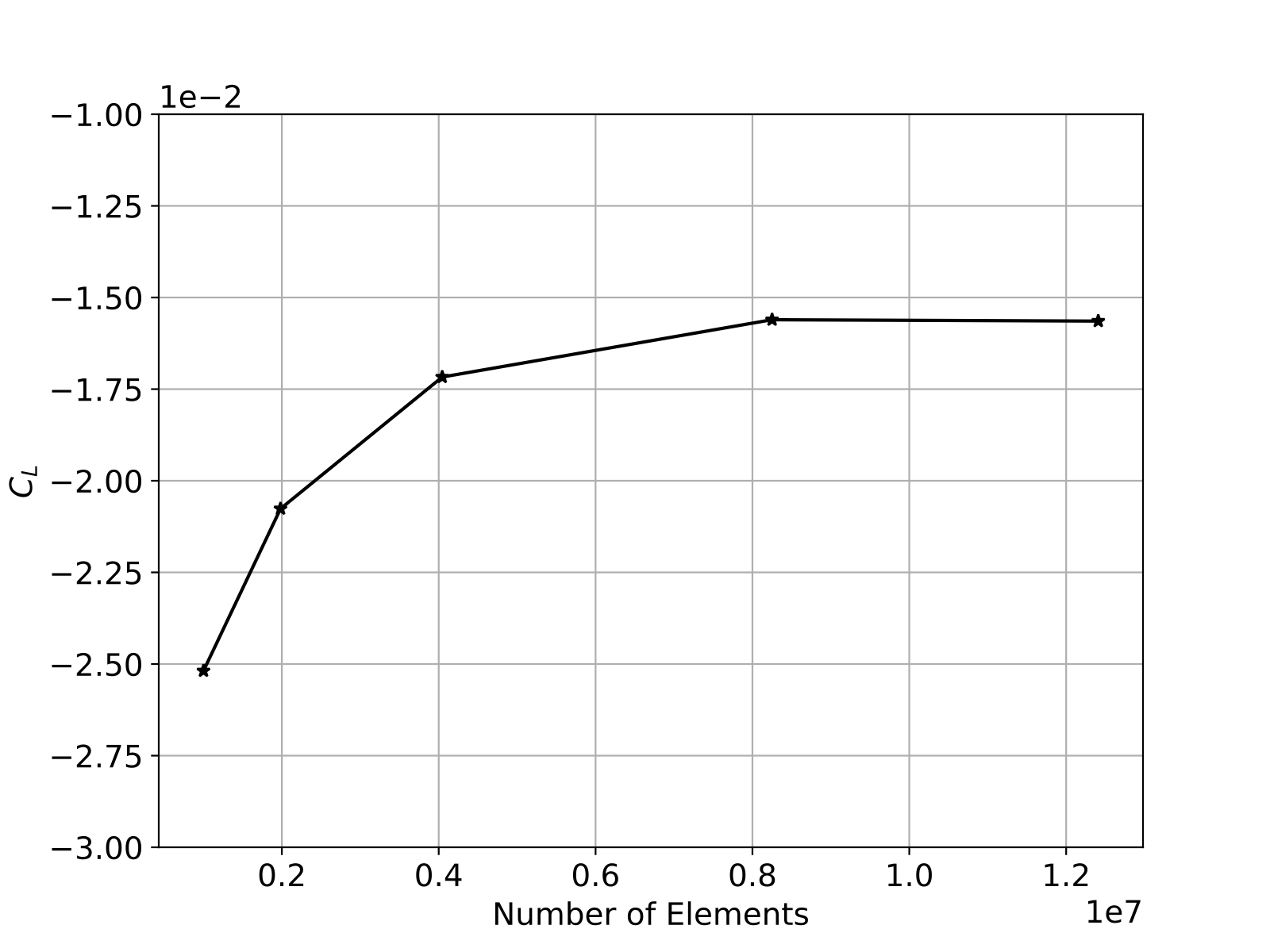 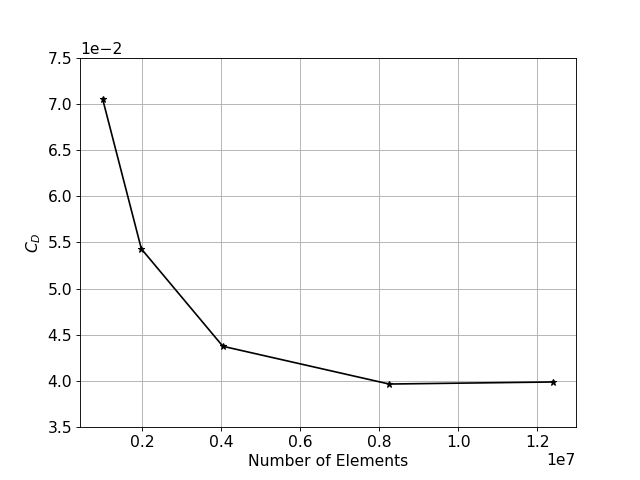 Optimization of the Fuselage

The Powell technique is used in this study for shape optimization of the fuselage. The height of the nose and tail of the fuselage are the design variables, while the lift and drag coefficients are the objective functions. As a result, a \(18.8%\) decrease in \(C_D\) and a \(69.1\%\) increase in \(C_L\) is achieved. Turbulent kinetic energy and skin friction coefficient of different designs are shown below, along with the drag and lift coefficients.